Get inspired to do more and see more.

At FreedomToGo we love camping and caravanning, and after exploring our site we hope that you will...

All you need to know to celebrate the Patron Saint of Ireland on March the 17th...

Lá Fhéile Pádraig – The day of the feast of St Patrick

Ireland celebrates the death of its most commonly recognised Saint, St Patrick in 461 AD on the 17th of March each year.

Patrick’s story is one that is more akin to one of Paulo Coelho’s tales and is recorded in scripture that he allegedly wrote himself. The Declaration recalls that he came from a Christian family but at the age of sixteen was kidnapped by Irish raiders and enslaved to Gaelic Ireland. During the six years of his enslavement he worked as a shepherd and it was then that he ‘found God’. God told him to flee to the coast where a boat would be waiting to taking him home and he would then enter the priesthood and convert the pagan Irish to Christianity. The Declaration says that he spent many years evangelising in the northern half of Ireland and converted "thousands".

Tradition holds that he died on 17 March and was buried at Downpatrick. Over the following centuries, many legends grew up around Patrick and he became Ireland's foremost saint. Today, you can visit Down Cathedral, Downpatrick Patrick Museum and The Saint Patrick Centre which all tell the story of Saint Patrick and the history of the region.

Quoile Bridge, near Downpatrick, County Down: 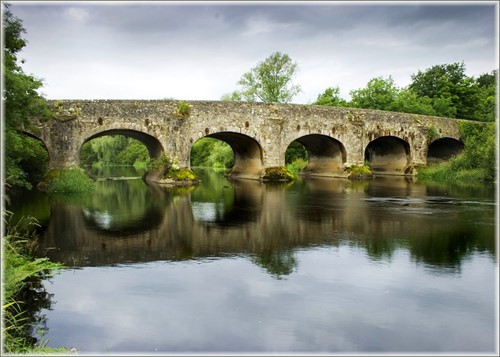 Wearing of the green

On St. Patrick's Day it is customary to wear shamrocks and/or green clothing or accessories (the "wearing of the green"). According to legend, Saint Patrick used the three-leaved shamrock to explain the Holy Trinity to Irish pagans...

The colour green has been associated with Ireland since at least the 1640s, when the green harp flag was used by the Irish Catholic Confederation. Green ribbons and shamrocks have been worn on St Patrick's Day since at least the 1680s. The term "wearing of the green" originates from a song of the same name, which laments United Irishmen supporters being persecuted for wearing green.

Throughout the 19th and 20th centuries, the colour green and its association with Saint Patrick's Day grew and today is a must wear to events and parties to celebrate the 17th of March.

Built into the battlements of Blarney Castle, according to legend, kissing the stone endows the kisser with the gift of the gab (great eloquence or skill at flattery). The stone was set into a tower of the castle in 1446. Millions of people have kissed the stone from politicians to film stars - it's well worth the visit to this beautiful area of Ireland to do the same. 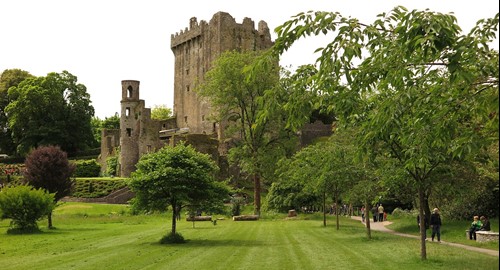 Located in County Antrim, Northern Ireland, the Giant's Causeway is an area of 40,000 interlocking basalt columns and a UNESCO World Heritage Site. A UK natural wonder, legend has it that the Irish giant Fionn mac Cumhaill (Finn MacCool) built it to reach Scotland in order to fight the Scottish giant Benandonner. 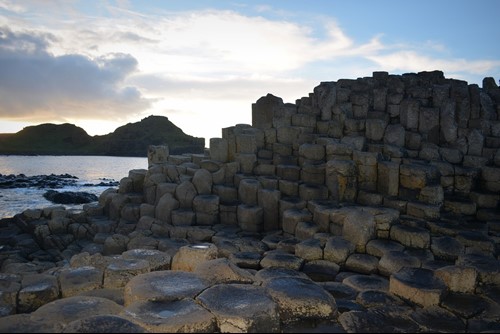 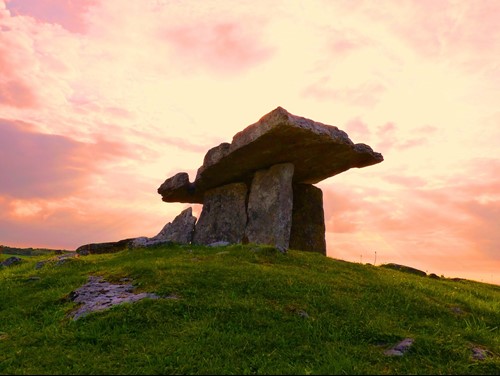 Ireland is scattered with 'Dolmens' (also known as portal tombs, graves or quoits). Most date from the early Neolithic period (4000 to 3000 BC). Dolmens were typically covered with earth or smaller stones to form a barrow.

Home of the Irish Open, the Royal County Down Golf Club is stiff competition for the rest of the United Kingdom. Described by Golf Digest as 'The best course in the world outside the United States' this is golf in its most natural environment. Edged by 5000 year old sand dunes, towering over 60 feet high, this place is every golfer's dream.

For more ideas on where to stay in Ireland use our campsites and holiday parks look up tool. Or get inspired with our driving route around Northern Ireland's Seven Kingdoms...

Got any questions about our blog? Feel free to post a question or comment below and we'll get back to you. 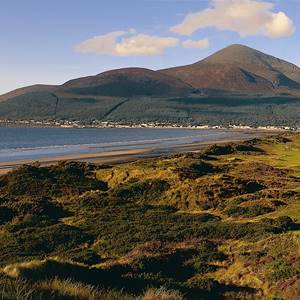 Plan your trip to Northern Ireland 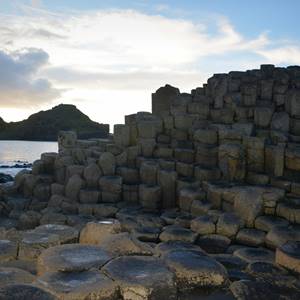 Play your own Game of Thrones...