Often cited as the most popular tourist destination in the UK for domestic-born tourists and overseas visitors alike, this North Western corner of England with its imposing fells, glistening lakes and tarns, ancient woodlands and handsome market-towns should be on everyone’s bucket list.

The Lake District has been on the tourist map for centuries now and regularly been the subject of extravagant praise from nature lovers. Some of its most famous fans include, of course, the poet William Wordsworth - who can forgot “I Wondered Lonely as a Cloud” and Beatrix Potter whose Lake District house is a tourist attraction in itself.

Mostly contained within the Lake District National Park – which is the most visited National Park in the UK – for ease of visiting and depending on the time you have you can split the Lakes into the North and South portions. The North Lakes is much wilder than the South with the Skiddaw mountain range dominating the area around the town of Keswick. The South and Central Lake District has England’s largest lake, Windermere, and the charming villages of Grasmere and Hawkshead.

We've rounded up our top campsites around the Lake District:

Centred around Keswick, Derwentwater and Ullswater, here is where to base yourself if you want to go up Skiddaw or explore around Penrith in the East or Cockermouth in the West. The Western coastal fringes take in Maryport and Whitehaven.

Taking in the Lakes of Windermere and Coniston Water, a trip to the Southern Lake District has Ambleside, Kendal and Bowness on Windermere to enjoy. For sea views, the southern coastal area stretches over to Grange-over-Sands and Barrow-in-Furness.

For more Lakes inspiration try Go Lakes and to search for more campsites try the Freedom to Go pitch finder. 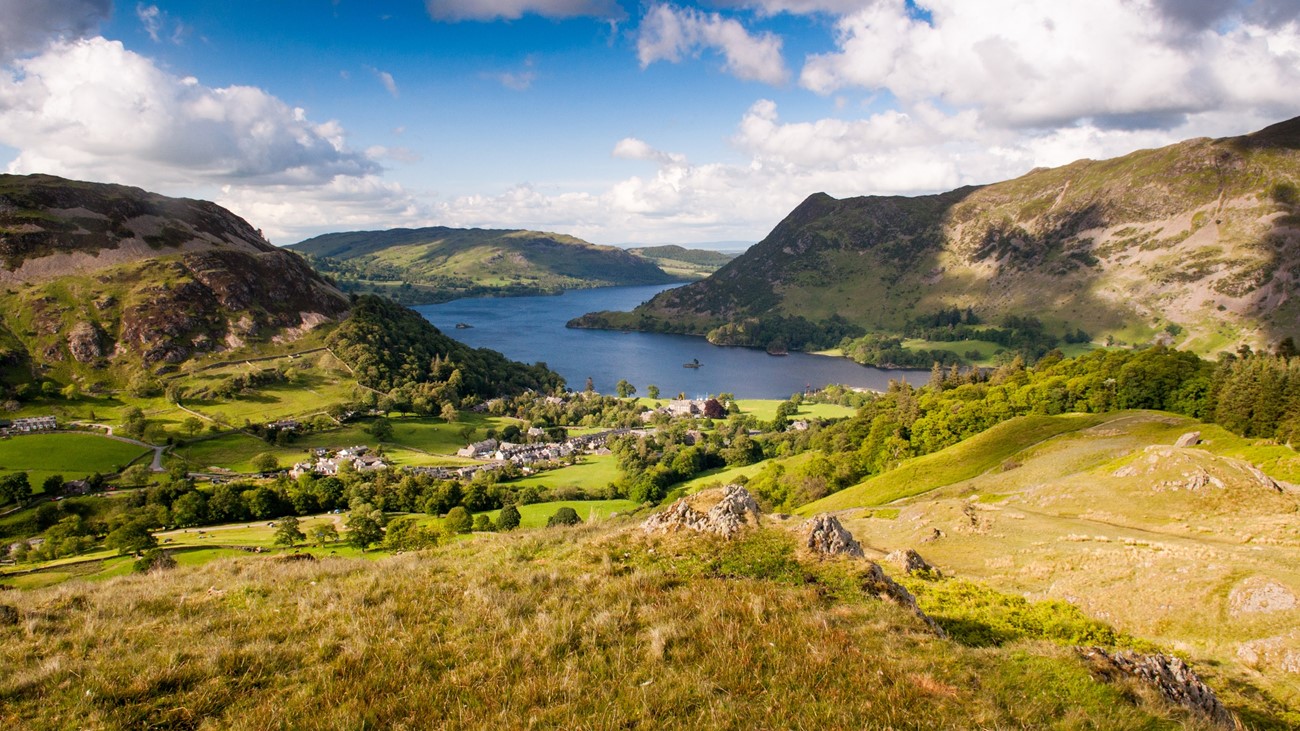 Home to England’s highest peak – Scafell Pike; other lofty mounts (all with splendid monikers it must be noted) make it a veritable paradise for those in search of a stretching stroll. Choose from Helvellyn, Skiddaw, Grasmoor, Great Gable, Old Man of Coniston and High Street. In addition, it has been calculated that within the Lake District National Park there are at least 2,159KM of public footpaths and 875km of public bridleways so more than enough opportunities to wear out your walking-boot leather.

With sixteen lakes and a host of smaller tarns, there are a multitude of chances to indulge in a water-borne activity or two. Coniston, Windermere, Derwentwater and Ullswater all have watersport centres where boats can be hired. If you prefer more passive on-board activity why not try some of the steamer and launch trips that are available from Coniston, Keswick, Ullswater and Windermere. Or for something a bit different, take a taster session in rafting or canoeing – both of which are run in the summer from the Visitor Centre at Brockhole on Windermere. Aside from the Lakes themselves there is also a 26 mile stretch of coast-line to explore. Running from Seascale in the North to Millom in the South, the coastal section makes for a great change-of-scene day trip. If you want to spend more time near the sea you could walk along the Cumbrian Coastal Way or hop on the Ravenglass to Eskdale Railway. 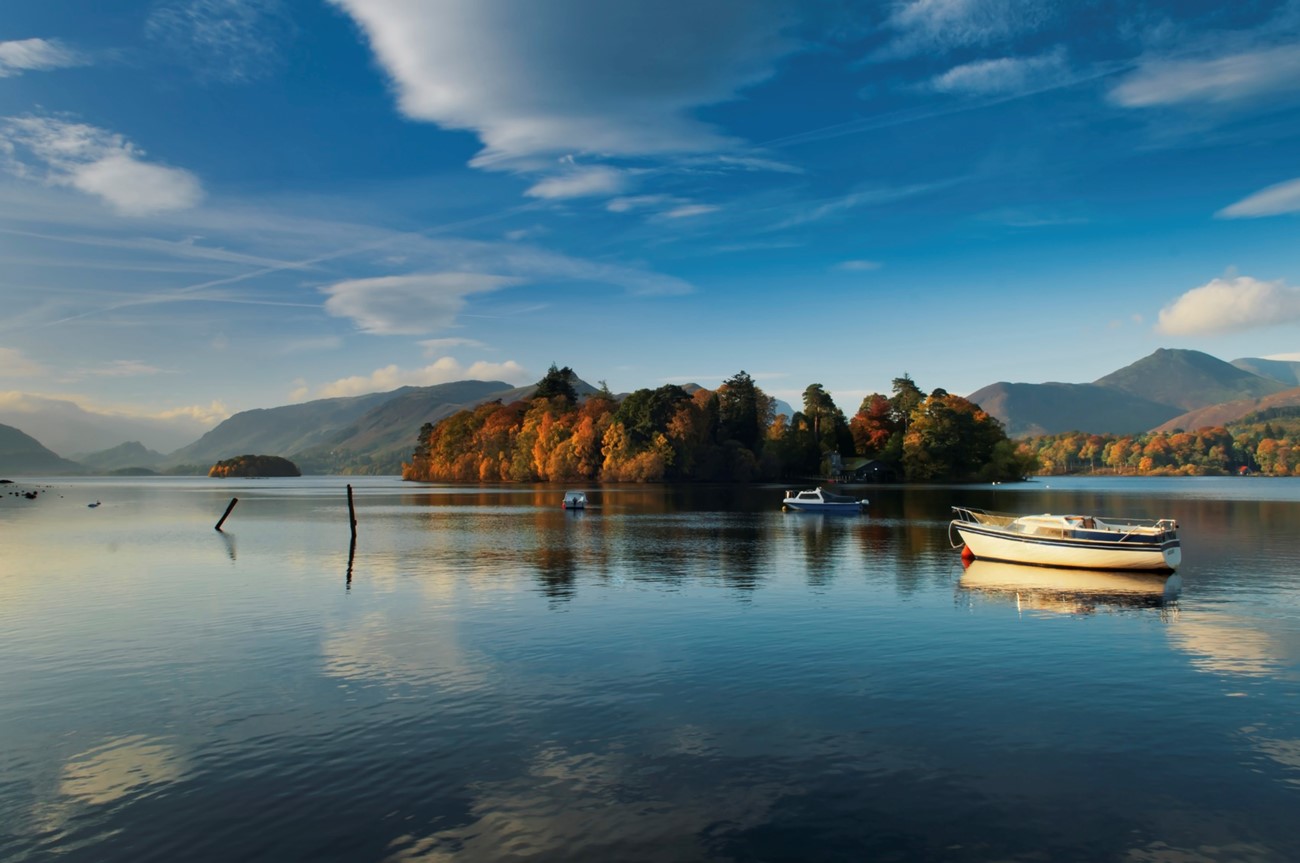 The corner of Cumbria has a plethora of castles and historic houses. Choose from: Beatrix Potter’s house, Hill Top; the traditional high stone-chimneys of Troutbeck house; the battlements of medieval Sizergh House; Brantwood, the home of John Ruskin; Dove Cottage and the Wordsworth Museum or Wordsworth’s House itself; the Elizabethan mansion Levens Hall or for something even grander take your pick from Appleby, Muncaster, Lowther, Wray and Carlisle Castles.

Near Kendal you have the Museum of Lakeland Life & Industry – an award-winning tour of times past in a Lake District largely cut off by its geography and hilly terrain from the rest of the country. There is also the Lakeland Motor Museum in Newby Bridge which looks at the past 110 years of transport heritage. Kendal has its own museum as does Whitehaven - called The Beacon it is situated at the harbour’s edge. An internationally significant collection of Roman relics are also housed in Maryport at the Senhouse Roman Museum. In Keswick, if you have children to entertain on a rainy day you will find the family-centric Cumberland Pencil Museum.

Keswick, Windermere, Ambleside and Bowness-on-Windermere are the only sizeable towns but all exude that elusive charm that comes from being nestled and nurtured over centuries in an area of outstanding beauty. Each Thursday and Saturday there is a farmer’s market in Keswick and also worth visiting there is the Theatre by the Lake. For those who want to sample something stronger you can try the Keswick Brewing Company who do tours and have an on-site shop. Similarly the Lake Distillery, located in Setmurthy near Bassenthwaite Lake, produces Lakes whisky, gin and vodka and does tours and boasts an acclaimed Bistro. 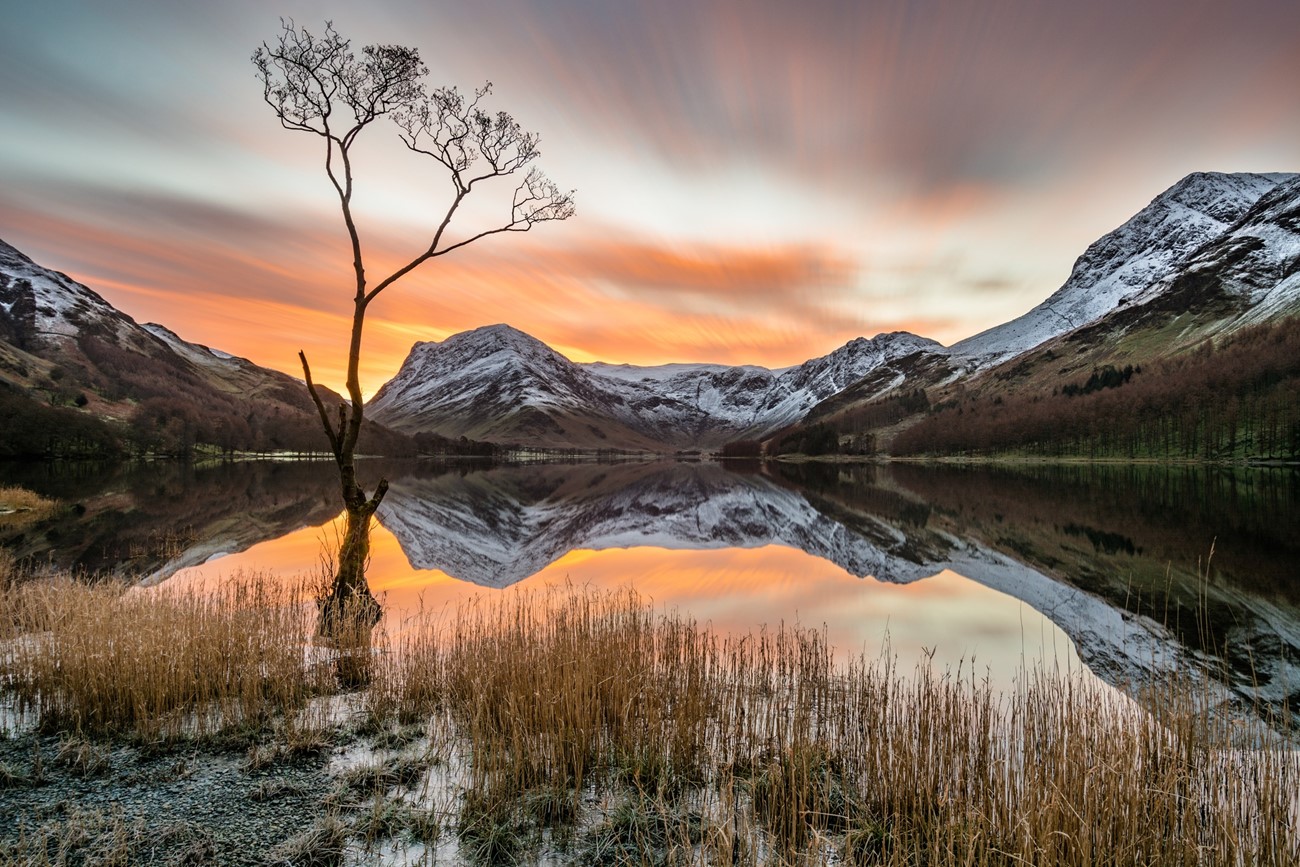