The Freedom To Go...in a Motorhome 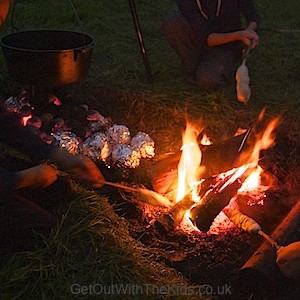 Get Out With the Kids

The Grayston Family, otherwise know as GetOutWithTheKids are all about getting outdoors with the kids. The fantastic bloggers share their advent...

Find out what happens when committed canvas buffs the Grayston Family, otherwise know as GetOutWithTheKids, take off on a half-term adventure in a motorhome...

We are long time tent campers, camping in tents through all seasons.

We have small 2 man tents, a large inflatable family tent, and a large tipi with a wood burning stove. It's fair to say that we like camping.

However, despite our love of tent life, there's always been the appeal of touring around in a motorhome.  So, this October half term, we loaned a motorhome from Marquis Leisure and headed off for the Cotswolds and the Forest of Dean.

We're used to driving to campsites with a loaded car plus trailer full of tents and camping gear. But driving a large motorhome was a whole different proposition.

In order to take 3 children, we needed a motorhome big enough, and the Swift Leisure 686 fit the bill.

I was pleasantly surprised just how easy the 686 was to drive. In fact, the driving position was much better than our car, and with good side mirrors and rear camera, all round visibility was excellent.  It did feel like we were a large snail with our home on our back!

For the children, sitting at a table while travelling gave them a lot more opportunities to play games to pass the time. Plus, everyone didn't feel on top of one another compared to travelling by car.

Our first campsite wasn't too far from the Marquis Leisure Tewkesbury branch where we picked up the Swift motorhome. With the nights drawing in early, that was just as well.

We have our tent pitching routine pretty fine tuned, and when using our Outwell inflatable tent, we can be up and running relatively quickly. That is, relative to other tent campers.
A big advantage we found with the motorhome is that we were pitched up with the kettle on in a matter of minutes.

Winchcombe is a Camping and Caravan Club campsite, with great facilities, as you would expect. It's a flat site with plenty of hard standings surrounding a fishing lake.

One disadvantage we found with the motorhome is that just popping off to visit local attractions wasn't as easy compared to tent camping, where we could just get in the car and drive. Although it doesn't take long to get the motorhome ready for driving, what we didn't know is if we would find somewhere to park such a large vehicle when we arrived at an attraction.

Fortunately, Winchcombe has a couple of walks from the campsite, both to good family friendly pubs....which we had to test out of course.

Cycling in the Forest of Dean

A friend of mine recommended Pedal-a-bike-away in the Forest of Dean. So, after spending a few nights at Winchcombe, we packed up the motorhome (now called 'Betsy'....do other people name their motorhomes?), and headed for the forest.

The Swift Leisure 686 had a bike rack fitted for four bikes, and so we were able to bring the children's bikes and hired two adult bikes from Pedal-a-bike-away. This was just as well, as they had run out of kids bikes when we arrived.

There was no space in the regular car parks for a motorhome, but we managed to find some space in the overflow car park.

The family cycle route through the Forest of Dean was 19km and quite flat, so even our youngest, with a bit of encouragement, was able to make it round on his small training bike.
The route included a few 'Blue' runs to keep some of us entertained.

The motorhome really came into its own here.  There was no need to change clothes in a cold wet car park or public toilet. Instead, we had somewhere warm, dry, and comfortable, plus the ability to cook something warm to eat, and even take a shower if necessary.  Another great advantage of using a motorhome.

Next, it was time for a bit of Camping in the Forest, and we headed off for Bracelands.

I know that there are some routes around the Symonds Yat area that are unsuitable for motorhomes and caravans. Fortunately, the commercial Sat Nav in the motorhome kept us away from trouble.

Bracelands is a large campsite set in a clearing in the forest. There are quite a few hard standings on level ground, so setting up Betsy for the night was quick and easy.

From Bracelands, you can walk through the forest to Symonds Yat, and so once again we could just leave the motorhome at the campsite.

After a few days in the forest, it was time to leave.

Just down the road from Bracelands is Puzzlewood, which is a popular filming location for TV and Film, including, it is believed, the forthcoming Star Was movie.

The place has an 'other-worldly' feel to it, with moss covered trees, rocks, and ferns. Despite being Autumn, it was still quite green and lush.

Unfortunately, the week was over all too quickly, and we had to return Betsy to Marquis Leisure.

Our thoughts after a week in a motorhome

We really enjoyed our week in the motorhome.

It proved a great mobile base that was a lot quicker to pitch than a tent.

We wouldn't class it as true 'camping'. We reserve that for when staying in a tent.

However, for touring from place to place, the motorhome definitely wins out on top.

In fact, with all the travelling and filming we do with Get Out With The Kids, using a motorhome long term would be such a help, and is already something we've started looking into.

Inspired to try a leisure vehicle holiday ?  See below for links to get you started: 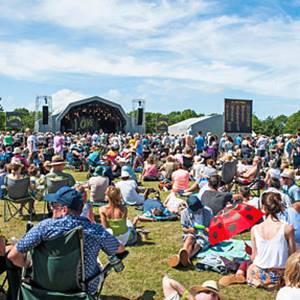 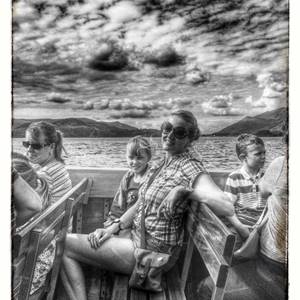 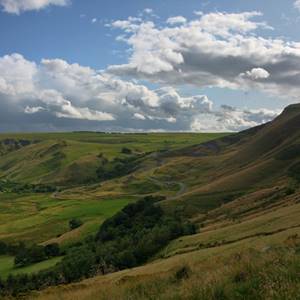 Top things to see and do in England 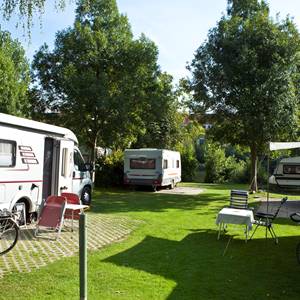 Tips for buying a leisure vehicle