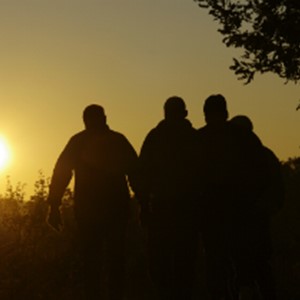 Get inspired to do more and see more.

At FreedomToGo we love camping and caravanning, and after exploring our site we hope that you will...

Wales celebrates the death of its patron Saint, St David (Dewi Sant) in 598 AD on the 1st of March. Celebrate this year with our pitch guide to some of the most beautiful spots in this spectacular part of the British Isles.

Wales celebrates the death of its patron Saint, St David (Dewi Sant) in 598AD on the 1st of March each year.

Dewi was educated in Cardiganshire and after following his vocation via England and Wales, he eventually arrived in Jerusalem where he was proclaimed archbishop. In his later years in settled in Glyn Rhosyn (St Davids) in Pembrokeshire, South West Wales. Dewi performed many miracles, the one most recounted is when the ground rose up beneath him whilst he was preaching in order that everyone could see and hear him more clearly.

Dewi is buried in the grounds of the Cathedral in the City of St Davids. A popular pilgrim destination it is said that two pilgrimages to St Davids equalled one to Rome and three is worthy of one to Jerusalem.

According to legend, St David advised the Britons on the eve of a battle with the Saxons, to wear leeks in their caps to easily distinguish friend from foe. This helped to secure a great victory. Today Welsh people around the world wear leeks on St David's Day. It is also a surviving tradition that soldiers in the Welsh regiments eat a raw leek on St David's Day.

The Welsh for leek (the original national emblem) is Cenhinen, while the Welsh for daffodil is Cenhinen Pedr. Over the years they became confused until the daffodil was adopted as a second emblem of Wales.

Comparable with beaches in New Zealand and Australia, Rhossili Bay was voted Britain’s best beach by Trip Advisor. Its three miles of sand is home to surfers, horse riders and was also the back drop for the TV programme Torchwood. Owned and managed by the National Trust this is a Welsh treasure of epic vista proportions.

One of Britain’s highest peaks, Snowdonia is the jewel in the crown of Wales’s best known national park. With 823 square miles of countryside it is home to farmers, climbers, and some of Britain’s rarest and protected species of flora and fauna.

Mid-Wales and the Brecon Beacons are rich in natural beauty, wildlife and culture. From the Hay Festival to bog snorkelling, this slice of Wales is bursting with things to do and is easily accessible for a weekend stay.

Love Rugby? Read our 6 Nations Home Stadia blog for information on when Wales are next playing in their home town of Cardiff.

Got any questions about our blog? Feel free to post a question or comment below and we'll get back to you.